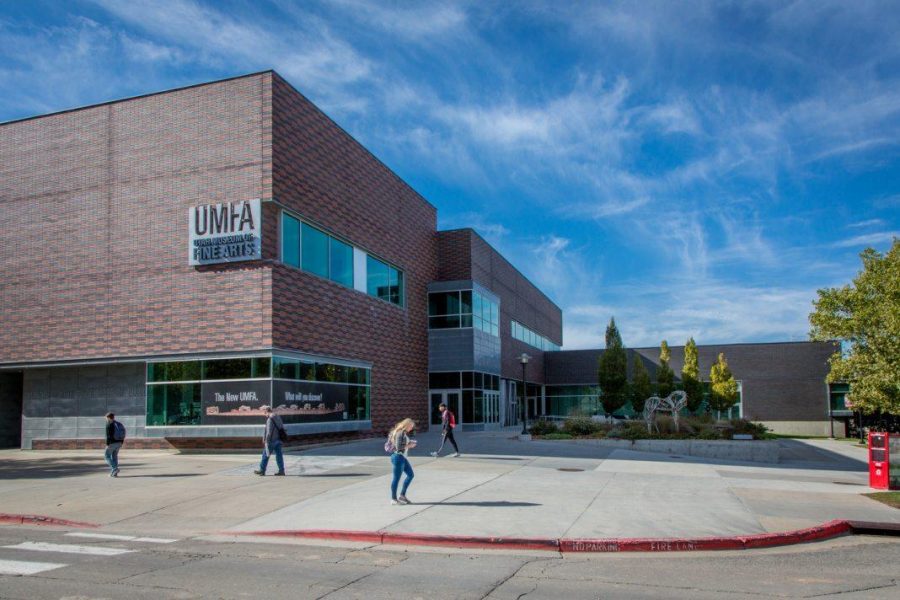 By Heather Graham and Devin Oldroyd

Space Maker, the newest exhibition at the Utah Museum of Fine Arts, creates a visual cacophony of tension and exploration, settling into unexplored spaces of exploration and reflection. Guest curated by Mexican-American visual artist Nancy Rivera, the gallery decorates the walls and walkways of the museum with a vibrant collection of work that organically embraces the themes of place and space.

Over 33 featured artists, all faculty within the University of Utah’s Department of Art and Art History, share traditional and unique art pieces and practices in the gallery. The photography, charcoal drawings, paintings, images, video screen performances, hand-built 3D sculptures and mixed media displays create a diverse and exciting collection of work.

From Virtual to Physical Experiences

The pieces in this gallery speak to both the collective and individual experiences of the past year. “In a time when we found ourselves confined to our homes, artists became hyperaware of their surroundings and created work that highlights their contributions as artists examining and looking beyond the ordinary,” said Rivera in a press release.

Every medium adds to the curated chorus of pandemic-related isolation, ever-changing “normals,” climate crisis, growing civil unrest, social change and unique lived experience with various verses of color and form, each line and texture resonating with allegory and intent.

From the curtained, center-stage, fabric diorama “Audience” by Laurel Caryn to the poignant, digitally-animated beat of Kylie Millward’s “Rhythm of Menstruation” to the somber waxy “Memory of Anthony Adams” by Haynes Goodsell, we find an overture of identity and self.

In the patterned refrain of Martin Novak’s digital print “Walled Off” and the crisp textures of V. Kim Martinez’s flash-on-canvas “Tantalus_Salt,” we examine relational environment. The familiar diner-booth spaces of Adam Watkin’s inkjet print “Interludes” reflect introspection and intrigue, while the melodic clickity-clack of Paul Stout’s mixed-media “All watched over the machines of love and grace” ticker board piece highlights a scrabble-scattered encyclopedia-word list of plants and animals.

Each piece’s dulcet tones and wild interludes harmonize with one another and build a really insightful collection that is as diverse as each artist and medium included.

Walking through the exhibit is exciting and intriguing — I found myself diving into the details of the bookmaking and sculptures, and captivated with the processes of dye sublimation on aluminum. I watched Stout’s ticker board for a while as it rotated between gibberish and intelligible phrases, searching each word to find out what it was. Seeing work created by the members of the university’s community made the gallery feel more intimate and personal, and being able to share in the perspectives and vision that they each contributed to the collection was a really poignant experience.

Space Maker, an exhibition showcasing various art forms, opened at the Utah Museum of Fine Arts on Saturday, Aug. 21. The exhibition features work from U faculty and is guest curated by U alumna Nancy Rivera.

“I am really proud of all the work that was selected,” Rivera said. “Seeing it up, it is just really really cool, and I hope that when people see it, they feel a similar sense of excitement.”

This is the first exhibition Rivera curated at the UMFA, but she is no beginner when it comes to Utah’s art scene.

“I am an artist,” Rivera said. “I work with a variety of media, especially photography, 3D and installation work and some video work as well.”

Her interest began as a teenager.

“In high school, I took a photography class and that is when I knew photography was my thing,” Rivera said. “I could never paint, I could never draw and [I realized] that the camera was something I really connected with.”

While attending the U, she began to explore different art mediums and how they could work in tandem with photography.

“During my time in grad school, I really experimented with other media,” Rivera said. “I realized that I could use photography as a tool that implemented other media to build on the concepts that I was working with.”

Rivera has worked on a variety of projects all over the state of Utah including Impossible Bouquets: After Jan van Huysum at the Utah Museum of Contemporary Art in 2018.

Jan van Huysum is an 18th-century artist known for his paintings depicting flowers of different climates and seasons together in one scene, something that was impossible in the 18th-century — this inspired Rivera.

“Thinking about [his work] in the context of our contemporary world, I kind of obsessed over it,” she said.

Through her project, she put a modern twist on van Huysum’s work.

“I gathered the same flowers that he used, but they were all artificial,” Rivera said.

She followed a similar style to how he crafted his art by photographing them after a florist arranged them.

“It was referencing his work, but also pointing out, contemporarily, how we engage with something like mass production and all of the different things that come with plastic flowers,” she said. “[It] also [focused on] the idea of interacting with this work as a painting versus a photograph. It was a commentary on the modern ways in which we create and interact with nature.”

“The exhibition’s theme talked about our experience as multicultural, people of color, and our experience living in [the United States],” Rivera said. “For me, it was talking about immigration. I moved from Mexico to the United States when I was very young, with my parents. [It explored] the idea of what being an immigrant means for me personally, but also as a dynamic that it created for my family.”

As a Mexico City native, Rivera reflects on the immigrant experience in much of her work.

“For a long time I wasn’t thinking about that experience as a part of my work,” Rivera said. “Recently, especially after [Deferred Action for Childhood Arrivals] became a thing and people my age started talking about being an immigrant, I think that opened up a conversation.”

In 2017, Rivera became a naturalized citizen.

“That moment was the catalyst for [me] to think about including that experience through my work,” she said. “That’s how I began to push myself to think of ways that I wanted to help and that I wanted to address through art.”

Also, within the past few years, Rivera has developed her work as a curator.

“I work at the Utah Division of Arts and Museums,” said Rivera. “I oversee the visual arts program there, and that has given me the opportunity to curate work and exhibitions for the two galleries that we manage, the Rio Gallery and Atlas Gallery. Independently, I have also had the opportunity to curate a couple of exhibitions, including Space Maker, which was such an exciting undertaking.”

Through curating Space Maker, Rivera found herself back on the U’s campus, working with familiar faces at the UMFA.

“Many of us on the UMFA staff have known Nancy professionally and as an artist for many years,” said UMFA Senior Curator Whitney Tassie. “She has a really strong artistic practice, and her work at the Utah Division of Arts and Museums is well regarded. Also, we know her from her time at the U. She’s one of our own and intimately knows the artists in [Space Maker], as well as the museum, college and U at large.”

As guest curator of this exhibition, Rivera had to choose which pieces to display in it.

“We invited all the faculty members, including both a tenure track and adjunct professors to submit work for inclusion in the exhibition,” said Rivera. “I think everybody works in such a unique way. There are some similarities, but overall, everything has its own unique stamp. It was challenging to sit down and [figure out] what is everything talking about and what connects the works.”

Space Maker will be at the UMFA until Dec. 5. To learn more about the exhibition, visit the UMFA website.

To keep up with Rivera and her work, visit her website at nancyerivera.com 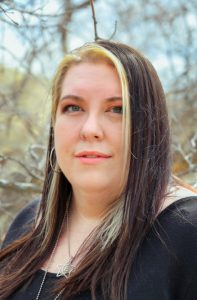 Heather Graham, Assistant Copy Chief, Arts Writer
Heather Graham is an arts writer and copy editor for The Daily Utah Chronicle. She is a senior working toward a B.S. in writing and rhetoric studies with a minor in gender studies. She also reads for The Canticle and has experience with SLCC’s The Globe and SLCC Folio Lit Mag. Outside of The Chronicle, Heather works at the SLCC Student Reading and Writing Center as a writing consultant, writes poetry and prose with several indie lit mag publications and supports a handful of projects and committees. 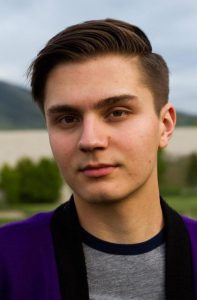 Devin Oldroyd, News Writer
Devin Oldroyd is a news writer for The Daily Utah Chronicle. He is pursuing a degree in communication, with an emphasis in journalism. Oldroyd is a Utah native, having lived most of his life in Tooele County. Devin enjoys theater, reading, writing, hiking, video games and is a dog lover. 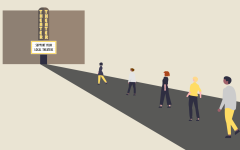 Do Yourself a Favor and Visit the Broadway Centre Cinema 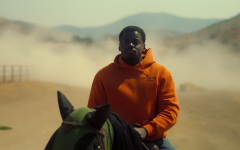 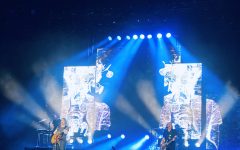 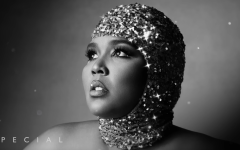 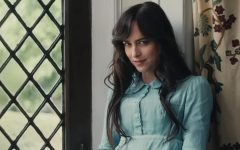 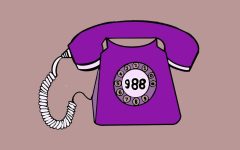 Mendenhall: It’s About Time for the 988 Hotline 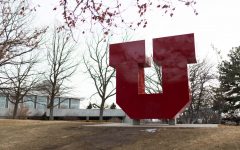