The Banning of ‘To Kill A Mockingbird’

As books are reviewed annually, the controversy over classic literature continues as books are banned from being read in schools. One of those on the list, “To Kill A Mockingbird,” is a standard in early high school curriculum. It discusses social issues and attitudes, including entrenched racism, in the American South during the Great Depression.

I read Harper Lee’s acclaimed novel my freshman year of high school. Reading the book on my own and sharing ideas during class discussions helped me see a lot of the themes of the story as problematic, especially in comparison to the social climate we’re in currently.

With a power-in-numbers approach to discussing the work and its opposition getting more coverage and vocal in the media, it makes sense why a book pointing out southern racism against Black people would be putting communities on the defense.

Why It’s Worth the Read

The banning of “To Kill A Mockingbird” sparks the question — are we giving up on re-educating ourselves? Like many novels, it serves as a placeholder in time with its historical references to American slavery, becoming a resource for education. It’s important to acknowledge from the time we are reading it in classroom what’s wrong with certain phrases and racial slurs used in the novel without keeping students from discovering our country’s problematic past and how it affects society today.

Boiled down, Lee’s novel centers around the conflict when a black man is accused of a crime quite simply because he was the easier target, the color of his skin reason enough for putting him on trial.

“To Kill A Mockingbird” starts a discussion about what that mindset is rooted in through a “nature versus nurture” conversation, demonstrating how characters like Scout and Atticus are actively going through that process of understanding why racism exists.

The conversation in the novel goes beyond whether or not the book should be banned on an educational level. Getting rid of the novel would be knowingly covering up history, which is counterproductive to the progress being made in community acceptance.

Reading this book in school, I had more realizations about the dark parts of American history in my English classes than I did in history. Lee’s novel painted a more vivid picture because it was honest. It brought out that childhood curiosity in me that Scout has — confused about why things are the way they are and seeing how they could be different.

Especially from looking at it from the children’s perspective, the message of the book is meant for younger minds along with proper education on the history of Black people in America. I believe that with its potential to help people learn about the systematics of how our society functions — banning the book will only do more harm than good. 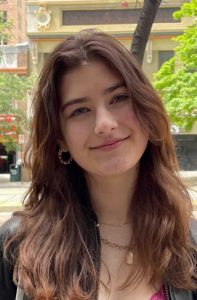