The J. Willard Marriott Library at the University of Utah is celebrating this year’s Banned Books Week by holding events to honor the theme: “Books Unite Us. Censorship Divides Us.”

After a surge of challenges and attempts to ban books across the nation, the American Library Association started Banned Books Week in 1982.

Held during the last week of September, Banned Books Week attempts to bring together librarians, booksellers, teachers and more to support the freedom of expression and open access to information.

The Role of Libraries Amid Challenges to Literature

This year, the Marriott Library is celebrating Banned Books Week with a scavenger hunt and tabling.

From Sept. 27 to Oct. 1, the library will be posting clues on their social media as to where to find “book covers” placed throughout the library. If they find one, a student can trade their cover in for the actual banned book it represents.

On Sept. 28, the library will be tabling to educate campus community members about banned books.

Heidi Brett, the marketing and public relations director of the Marriott Library, said the American Library Association tries to bring the voices of libraries together amid challenges to literature.

Brett said it is important to recognize the importance of intellectual freedom.

“Our freedom of speech is very important, and it’s essential that we recognize that censorship does exist in our society and the importance of staying abreast of potential censorship and the banning of intellectual content,” she said.

According to Brett, libraries are essential in advocating for freedom of information when books are challenged.

“We want students to know that we’re doing these events because we want students to understand how important their access to intellectual property is, and how critical it is that we don’t take it for granted,” she said.

Lyuba Basin, the rare books curator at the Marriott Library, started at the library while completing her undergraduate degree in English and linguistics, and fell in love with the power of books to tell a reader so much about history, culture, society and politics.

The rare books collection at the Marriott Library has two digital exhibitions centered around banned books and censorship. Curated in 2015 by Luise Poulton, Shhhhhh! showcases banned books throughout the ages. The second exhibition, titled Radical!, focuses on censorship and dissent, and was curated in 2020 by Basin herself.

Through her experience studying comparative literary and cultural history, Basin learned of the dangers of censorship.

“I have come to learn about so many different cultures and religions and societies and histories that I otherwise would have never [learned about] just through a basic reading,” she said. “So, even if the books are controversial or even if the books come from a different culture than mine, reading this material gives me a little bit of insight. It provides empathy in the reader.”

Every year, the American Library Association releases its “Top 10 Most Challenged Books List,” with 2020 bringing 156 challenges to library, school and university materials and services.

Out of the 273 targeted books, the most challenged one was “George” by Alex Gino due to its LGBTQIA+ content conflicting with religious viewpoints.

“To Kill a Mockingbird” by Harper Lee has been one of the most frequently challenged books, with it being temporarily banned first in 1977 for its use of the words “damn” and “whore lady.”

In 2020 it ranked No. 7, being banned and challenged “for racial slurs and their negative effect on students, featuring a ‘white savior’ character, and its perception of the Black experience.”

Erika George, the director of the Tanner Humanities Center and professor at the S.J. Quinney College of Law, said this novel is particularly close to her heart. She called it an “astounding success” which speaks to some of the challenges of the criminal justice system.

“I can’t tell you how many law professors, lawyers, colleagues and friends who have dogs named Atticus,” she said. “So it really is a hero story for lawyers bringing the legal system to task to not be an unjust system.”

“And as we are coming out of the aftermath of Black Lives Matter, protests and uprisings, we really need to do some deep thinking about our criminal justice system,” she said. “I just find it fascinating that a novel of literary text takes on many of the challenges and questions the law has been hesitant to move as quickly on as one might hope.”

The Tanner Humanities Center is also participating in Banned Books Week this year, by having faculty members pick a banned book and discuss it with students.

“As the College of Humanities, we house English, we house history, we think about how we understand what it is to be human,” George said. “Literature helps us in increasing that understanding, and deepening our knowledge.”

As a constitutional law professor and former member of the ACLU board, George is interested in censorship and the implications of limiting imagination and creativity, which she believes is fostered through books.

“So I was very interested … in the implications of banning books, permitting ideas from having an opportunity to be heard, and what we lose when we don’t expose ourselves to ideas that differ or stories that have been imagined,” she said.

According to George, this year’s Banned Books Week is especially important in Utah because of recent challenges to topics such as critical race theory being taught in schools.

“The Banned Books Week for me is significant because it speaks to issues of freedom of expression and the corollary right to receive information,” she said. “So expression is also about having audience and it’s really not just this silencing a speaker or writer, but readers are part of this too.”

“We can be more expansive in our understanding and trusting people to work with ideas and information,” she said.

According to George, the conversation around books should be different than things like tweets, which she said are fleeting and done for shock value.

“When we look at literature and the creative process and the books that have been written and banned over the years, they’ve really contributed to a conversation about what America is, about who we are as people,” she said.

George wanted the Tanner Humanities Center to be a part of Banned Books Week this year because she was concerned about the efforts to ban particular content nationwide.

“When we censor accurate ideas or information or don’t invite creativity and imagination in literature, I think we do more to damage and divide than we do to unite and educate and inform and potentially inspire,” she said.

George said there is a need in modern society for more understanding — understanding that can be achieved through an expansion of knowledge provided by literature.

“So to take information out of the general space of ideas, labeling it as bad, wrong, banned, has a long history, and it’s been a sad and sordid one,” she said. “Over time, history has told that the literature that has been banned has come to be some of America’s greatest novels.” 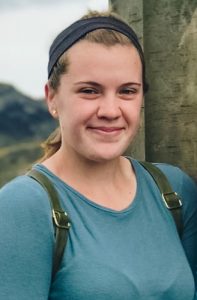 Kayleigh Silverstein, Assistant News Editor
Kayleigh Silverstein is the assistant news desk editor. Silverstein is from New Jersey, but loves the new home she's found in Utah. She is a double major in psychology and Spanish, and pursuing a minor in sociology. She is considering going to law school for immigration law, but is unsure of what the future holds. Silverstein prefers to be outdoors whenever possible — backpacking, hiking, camping and skiing. Outside of studying and contributing to The Daily Utah Chronicle, Silverstein is the social media officer in the Refugees in Action club, and volunteers with ESL classes to both teach English and help people study for their citizenship exams. 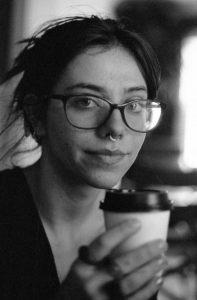 Piper Armstrong, Designer
Piper Armstrong is a designer for The Daily Utah Chronicle and Wasatch Magazine. She is a student in the Department of Art & Art History pursing a degree in Graphic Design.